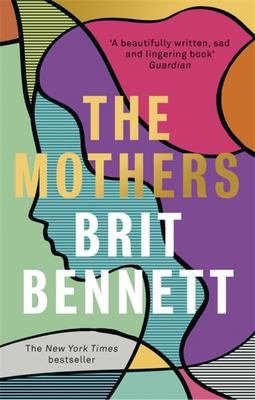 The Mothers is a dazzling debut about young love, a big secret in a small community and the moments that haunt us most.

All good secrets have a taste before you tell them, and if we'd taken a moment to swish this one around our mouths, we might have noticed the sourness of an unripe secret, plucked too soon, stolen and passed around before its season.

It's the last season of high school life for Nadia Turner, a rebellious, grief-stricken, seventeen-year-old beauty. Mourning her own mother's recent suicide, she takes up with the local pastor's son. Luke Sheppard is twenty-one, a former football star whose injury has reduced him to waiting tables at a diner. They are young; it's not serious. But the pregnancy that results from this teen romance - and the subsequent cover-up - will have an impact that goes far beyond their youth. As Nadia hides her secret from everyone, including Aubrey, her God-fearing best friend, the years move quickly. Soon, Nadia, Luke and Aubrey are full-fledged adults and still living in debt to the choices they made that one seaside summer, caught in a love triangle they must carefully manoeuvre and dogged by the constant, nagging question: what if they had chosen differently?

In entrancing, lyrical prose, THE MOTHERS asks whether a 'what if' can be more powerful than an experience itself.


Review: The Mothers is a beautifully written, sad and lingering book - an impressive debut for such a young writer - Guardian


[A]n engaging and assured debut novel of depth, and introspective power. It succeeds as a brilliant study of a modern black woman, and as a lyrical and majestic portrait of her place in society


Brit Bennett is so bracingly talented on the page. . .[The Mothers is] astute and absorbing and urgent - Jezebel


A quite beautiful book: shimmering with intelligence; fully alive to both the joyful and the difficult part of love; illuminating on motherhood - Times Literary Supplement


Luminous . . . engrossing and poignant, this is one not to miss - People


With echoes of James Baldwin's Go Tell It on the Mountain, The Mothers is not your typical coming-of-age novel: It begins with Nadia's abortion, an experience often absent from our culture's stories, and goes on to look at how women step in to nurture - and sometimes betray - one another - Vogue


Brit Bennett's debut novel The Mothers has stayed with me since I first read it, the words and the intimacy of the prose seeping into my pores . . . There is a real tenderness to how Bennett tells this story and to how she writes these characters who are so richly fleshed out, so unbearably human. - Roxane Gay, author of Bad Feminist